A downloadable game for Windows

A soldier on the run from terrorists mysteriously finds herself in the middle of an ancient ritual.

THANKS FOR CHECKING OUT OUR GAME!

Well done I noticed the better performence and after my second playthrough I noticed something .Why has the Charakter as a American Soldier at the Beginning a Ak-47?

Thank you so much for playing through the demo again, we really appreciate it.

Regarding the Ak-47, everything will be clarified by the time the game is done.

Thank you once again and take care.

Hello, good game, I really enjoyed playing, I had problems to put the full screen, atl + enter solution, I want you to subscribe to my channel, I need YouTube channel subscribers of my channel:https://www.youtube.com/channel/UC7Ze0stcmF5zKGiRwGj2RJA?sub_confirmation=1

Thanks for playing our game and for pointing out the full screen issue, we will look into it.

The voice acting was probably the worst about my experience :) Other than that i feel it got potential, Take your time and good luck.

Thanks for taking the time to try our game.

The voice acting would have been worked on by the time the game is ready.

Just watched your gameplay video and we loved it.

First impressions.
LOUD !! if you are after a scare due to being suddenly deafened, it worked.
the difference in volume level between the menu music and the game is far too big.
My master level is down to 15% and it is still very loud.
Try and set your internal levels to 50% and let the user system have the headroom.

Does not list the native display sizes for 1360/1366x768 monitors.
Changing the display size does not seem to work. The screen flickers but does not change.
Settings are not saved.

Possibly a bug with intel GFX but cannot access the menu once the game has started, so have to kill the task to quit.
The menu does apear for less than a second when the escape key is pressed.

Upon entering the first corridor the dialouge is out of sync with the action.
The voice says "I hope the lever still works" before you have got far enough to see a lever. She shoulld say that when you are at the lever.

I suggest you have the voice actor play the game, or sit-in on a play through, as the dialouge sounds like someone reading sentences from a list, not reacting to the environment.
The voice seems disconnected and like someone reading a book, or a narrator speaking over the top.
Perhaps you can use the environment reverb on the vocal at the same time. This would help put the voice in the picture.

Why is there no crouch ?
The player is supposed to be a stealth expert but cannot crouch. This seems counter intuative, even if crouching does not help with defence or hiding.

The motion blur goes well with the look of the game, but can feel like the player is under the effects of drugs. Personally I would turn it down a little, or only use it during times of anxiety so it seems like maybe you are over flowing with adrenalin.

Sorry for being so critical but being involved with game development it is difficult to switch off.
I am only just starting the game so I don't have any gameplay feedback yet.

Thanks a lot for your constructive feedback (Highly appreciated!)

First of all, this demo is already outdated and we are currently working on adding a new and improved version (Soon) with some of the issues you mention already fixed.

However you did bring our attention to some necessary fixes/tweaks that we shouldn't have overlooked.

SOUND VOLUME - just as @Peanuder pointed out as well, we need to look into the sound volume issue.

SETTINGS AND CHECKPOINTS - Already fixed! Settings and checkpoints now save.

INACCESSIBLE MENU WHEN GAME STARTS - This has already been fixed.

VOICE - The current voice is just a placeholder voice for the demo and would be changed before the main game launches (So please bear with us for the demos).

CROUCH - was deliberately not added because it's not a game about stealth (Imagine what lets plays would look like when people start complaining the crouch is useless because they cant stealth their way through situations. lol)

Thanks a lot for your feedback.

I noticed I was late but figured you may update the full game with anything outstanding.

Yeah as I said even if crouching does nothing it breaks the believability when you can't. This is a matter of story-telling and what the game looks like, rather than plays like.
Crouching in many games does not help with stealth or getting under objects, however it does move your view if you wish for a clearer look at something on the floor.

The fiction writers rule of "Suspension of disbelief" is what separates the best fiction from the rest. It is the attention to details that the audience should never actually notice because it is so natural.
Take for example the colours of the skies in the Babylon-5 series. They used info from NASA and JPL to make sure the faked planets you will never visit actually have the correct colours for the atmosphere and type of star.
All the clothing and ornaments of the races were based on the colours of the minerals found where that race was supposed to come from.

Would any of the audience have noticed any of that ?
The question is more, does adding crouch break the game in any way ?

What was the most outstanding annoying thing about the early Batman films ?
For all his superpowers he couldn't even turn his neck.
Didn't break the plot or affect anything, only made the audience scratch their heads in puzzlement.

I won't say any more about it, but will finish with this, I love the player animations. Very nice work indeed.

Thanks for your feedback so far.

We have just uploaded an updated demo so please check it out and as usual, we expect your feedback.

Crouching will make its way into the game before completion.

Please don't feel obliged to on my behalf. I did hope other users may have expressed their like or dislike of the idea.
When you have the first test you can decide for yourself.
Does this feel right for her character ? Does it feel like she is more in control of her situation and surroundings ?
We know it won't help for real, but does it feel more immersive and like the player has full control, even when they really don't.
LOL I'm not saying it's about tricking the player but I think you know what I mean.

-I would highly recommend to add checkpoints because u kill the pasing of     the game. Even more when u get one hitted.

- Settings for Sound would be nice

But overall it enjoyed it but i couldt end it :P

The setting is awesome and the visuals are pretty

Thanks for the comprehensive feedback!

- Checkpoints would definitely be in the final game. (We deliberately didn't add checkpoint to the demo because its so short and can be completed in about 5minutes). but now that you mentioned it, we will move it up our priority list.

- As for the sound, we will definitely look into it.

- The dodge rate is low because we didn't want the game to turn into a full blown action shooter but rather a military horror game where you  will have to think carefully about when to use your limited resources and dodge abilities. (Thanks to your observation, tweaks will be made)

Your feedback is highly appreciated!

Thanks for checking out our game.

We have just uploaded an updated demo so please check it out and as usual, we expect your feedback.

Will this be on Linux?

By the time we wrap up development, if there is enough demand we will definitely consider bringing it to Linux.

Great. I look forward to playing it!

Thanks for the video QUEEN

Thank you for the fun gameplay!

Gameplay!!
With All thanks and appreciation to the creator of the game!! 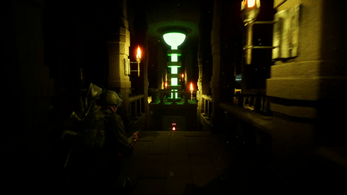 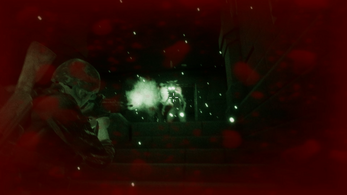 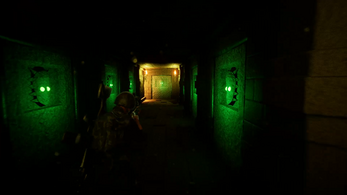 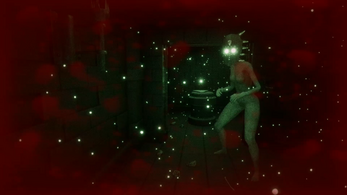 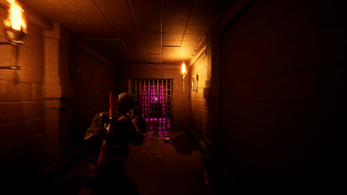 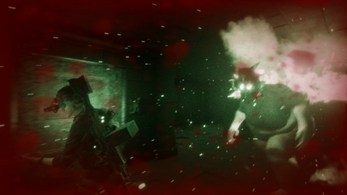 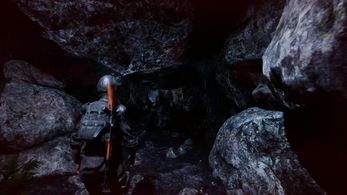 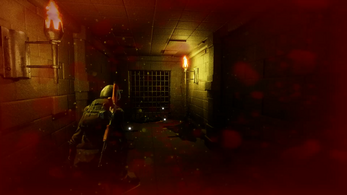 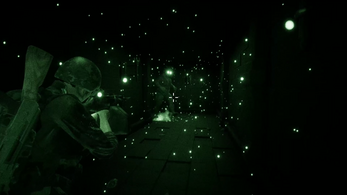 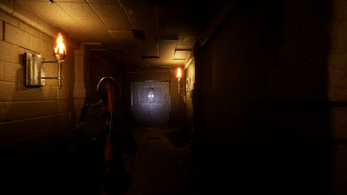 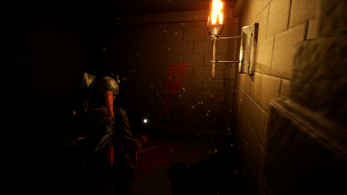 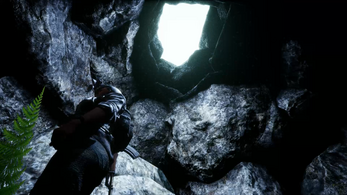 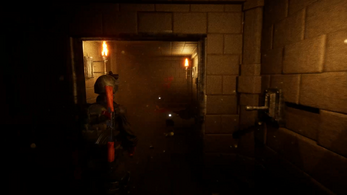 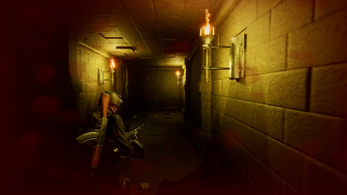 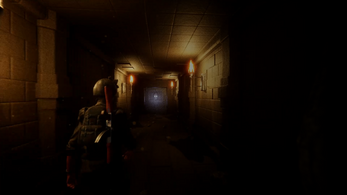 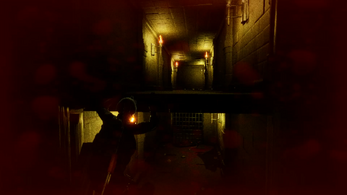 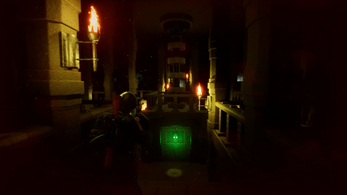 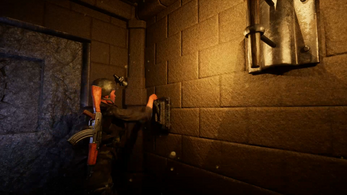 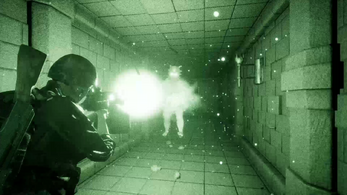